For those who think karate is all about learning fighting techniques, you’re missing something critically important in your training.

I started training in Chinese Kempo over forty years ago under Martin Buell on the island of Oahu, Hawaii.  Martin was a third degree black belt whose early background was in Kajukenbo.  Today he is the founder of the Universal Kempo Karate Schools Association and has received the well deserved honor of being named a tenth degree Professor. Kempo was not for sport competition, but rather for violent real world self defense.  Training was on a bare wood floor or outside in the darkness.  We used no sparring equipment and conditioned our hands and feet on makawaras, concrete, trees, and any other hard immobile object that we could find.  We practiced breaking joints and always went home sore.  One of the most vivid memories was that we were kicked a lot – and we were regularly hit in the face to condition us so that we wouldn’t buckle in a real fight for our lives.  It was difficult training and we were extremely proud to be part of it. 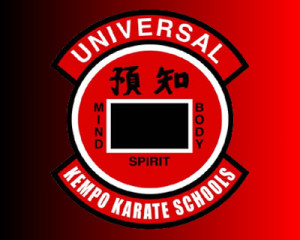 The skills were effective and important.  And, although we don’t use bare knuckles and or randomly hit our students anymore, we still teach many of Martin’s Kempo techniques in our dojo.  However, it’s not the physical side of my early training that has been the most important to me.

Wisdom of a Master

Burned into my brain are the many words of wisdom that Martin taught.  This was a man whose hands and feet were lethal.  At the time I trained under him I was pretty sure that he could crush cinder blocks with his eyelashes.  But juxtaposed next to those fighting skills was a personality that exuded compassion and sought to make his students better.  He told us that success was not in breaking a stack of concrete tiles.  He said real victory was in overcoming our fears and making the attempt.  He made you feel that it was okay to believe in yourself – because he believed in you.  If you trained under him, you quickly knew he cared about you as a person and that he would be there to help you achieve anything. 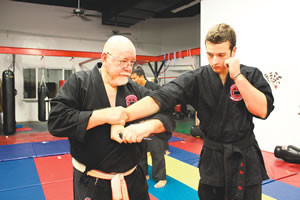 Now, over forty years later, as I get ready to teach one of our classes, I hear Martin’s words in my head saying that it’s a karate instructor’s job to help their students become better – physically, morally, spiritually.  It’s an instructor’s obligation to be a role model.  Suddenly there are butterflies in my stomach and I doubt my ability to measure up.  Then, I hear him saying “I know you can do this!”  And I once again step in front of a dojo full of eager faces . . . all because Martin believed in me 40 years ago.

One thought on “Kempo, Martin, and the Real Meaning of Karate”